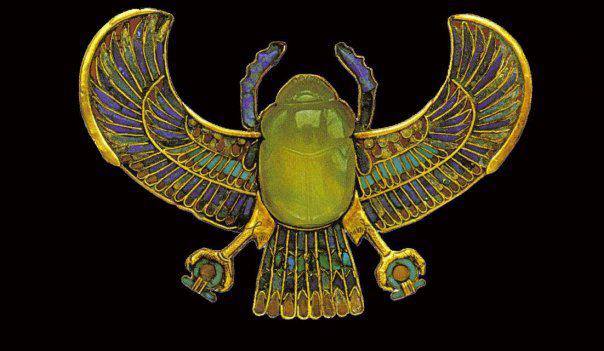 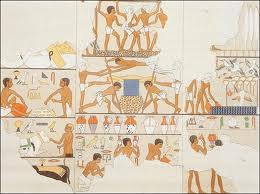 Horizon follows a team of scientists set out to solve the mystery of chunks of ancient glass scattered in a remote part of the Sahara Desert. Their quest takes them on a perilous journey into the Great Sand Sea, the wastes of Siberia and the test site of the world’s first atomic bomb in New Mexico. What their search uncovers is a devastating new natural phenomenon.

In 1996 in the Egyptian Museum in Cairo, Italian mineralogist Vincenzo de Michele spotted an unusual yellow-green gem in the middle of one of Tutankhamun’s necklaces.

The jewel was tested and found to be glass, but intriguingly it is older than the earliest Egyptian civilisation.

Working with Egyptian geologist Aly Barakat, they traced its origins to unexplained chunks of glass found scattered in the sand in a remote region of the Sahara Desert.

But the glass is itself a scientific enigma. How did it get to be there and who or what made it?

The BBC Horizon programme has reported an extraordinary new theory linking Tutankhamun’s gem with a meteor.

An Austrian astrochemist Christian Koeberl had established that the glass had been formed at a temperature so hot that there could be only one known cause: a meteorite impacting with Earth. And yet there were no signs of a suitable impact crater, even in satellite images.

American geophysicist John Wasson is another scientist interested in the origins of the glass. He suggested a solution that came directly from the forests of Siberia.

“When the thought came to me that it required a hot sky, I thought immediately of the Tunguska event,” he told Horizon.

In 1908, a massive explosion flattened 80 million trees in Tunguska, Siberia.

Although there was no sign of a meteorite impact, scientists now think an extraterrestrial object of some kind must have exploded above Tunguska. Wasson wondered if a similar aerial burst could have produced enough heat to turn the ground to glass in the Egyptian desert.