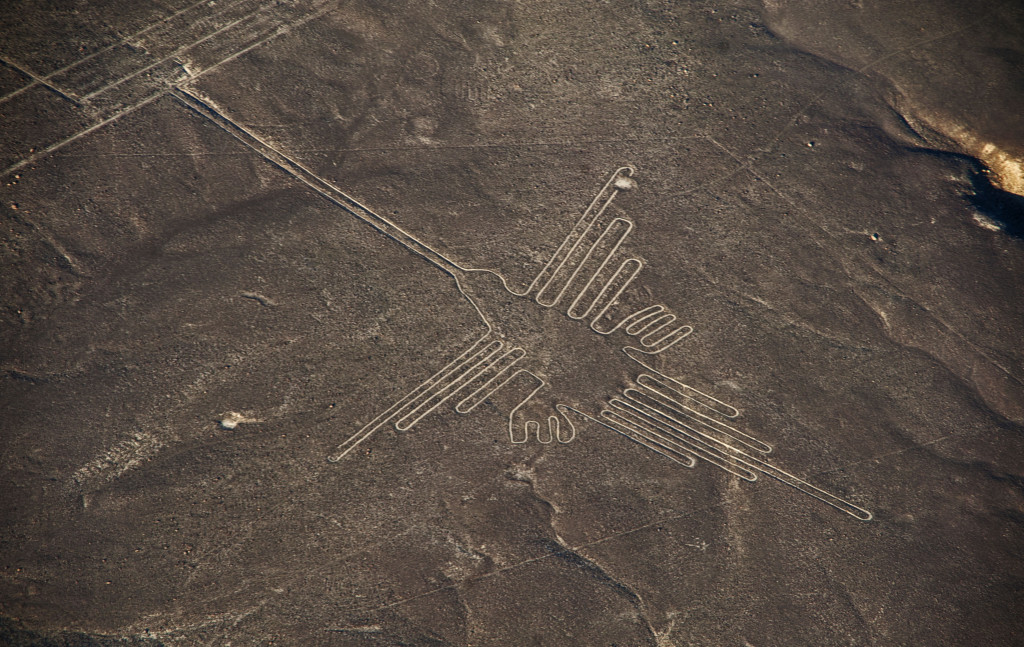 Erich von Däniken’s theory is the most famous approach to solve the mystery of Nazca. He had the idea that long time ago visitors from other stars visited the earth and naturally Nazca. At this place they landed, during the landing stones was blown away by the power of rocket propulsion. By approaching more the power was increasing and the cleaned band broader. In this way the first trapezes emerged. Later the Aliens disappeared and left confused people. Like in the modern cargo cults they tried to call the Gods back by drawing lines, figures and trapezes. Never Däniken said the formations was made by Aliens. He discovered the GGF/Mandala/Zodiac and the mirror – Formation and compares them with modern VASIS or PAPI-Signs. 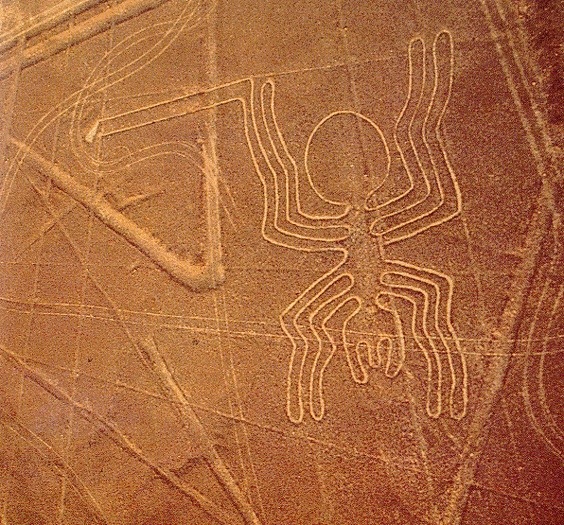