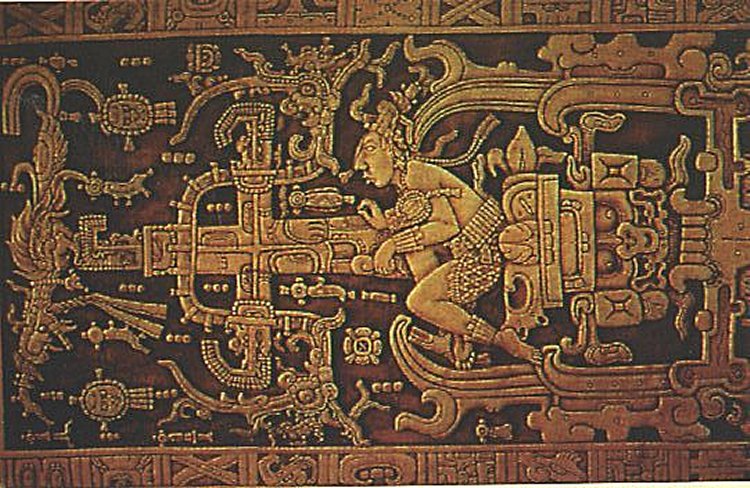 Myths and legends from all across the world are filled with accounts of advanced extraterrestrials beings seen flying in magnificent spaceships in the skies.

There are also a number of remarkable artifacts that prove our ancestors were frequently watching ancient flying machines that could be just as terrifying as splendid.

Whether we call our prehistoric extraterrestrial visitors the Anunnaki or ancient aliens is not of great importance.

The ruler of the Mayan city of Palenque, K’inich Janaab’ Pakal

What matters is that those beings belonged to an ancient extraterrestrial civilization that was responsible for the creation of humanity.

In addition, they helped us to raise magnificent buildings, gave us the knowledge of astronomy, medicine, architecture, agriculture and many other useful things we needed to better cope with out daily lives. 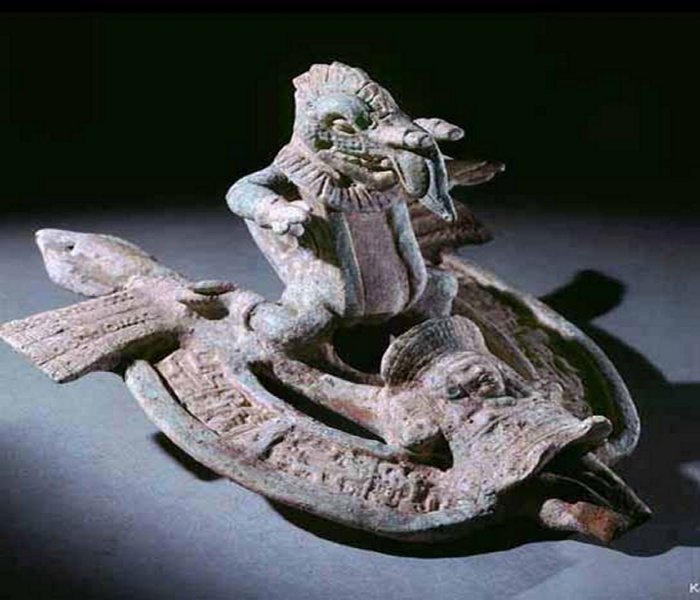 Olmec artifact depicting an unknown being riding a strange vehicle.

Traces of their flying machines can be found in several places around the world. Manned flight was not an absurd notion in antiquity. It was a reality.

Ancient engravings reveal spaceports, rockets, launch towers, helicopters, flying saucers, accounts of take-offs, landings and journeys. Ancient people recorded rocket and airplane journeys of the Sumerian gods and goddesses Anu, Enlil, Anu, Enki, Ea, Anzu, Marduk, and Inanna. These Sumerian gods were known under different names in other parts of the world. Today, we often refer to them as the Annunaki, a term introduced by the late Zecharia Sitchin.

Records from ancient Egypt, Babylon and Israel, suggest that sky gods were particularly active in the Middle East during the period of the Second and Third Millennia BC.

In ancient Egyptian texts, there are many descriptions of a cone-shaped object called Ben-Ben, (literally: ‘That Which Flowed Out’).
The Ben-Ben could have been a small shuttle leaving its orbiting mother ship that came from the “Planet of Millions of Years”.

The vehicle – kept in the temple’s inner sanctum, a temple Het Benben, (“The Temple of the Benben”) – was considered sacred. Once year, this very valuable object was displayed to the public to admire, otherwise, it was guarded by two groups of gods.

The artifact was found during excavations in Toprakkale, known in ancient times as uspa. Around 2,500 years ago, it was part of the Urartu Kingdom, better known as the biblical Kingdom of Ararat.

Greatly enamored with art, the ancient Egyptians depicted in their tombs what they had seen and experienced in their lifetimes. The architecturally detailed drawings of the subterranean corridors and chambers of the Duat come from the tomb of Seti I. An even more startling depiction has been found in the tomb of Huy, who was viceroy in Nubia and in the Sinai peninsula during the reign of the renowned Pharaoh Tut-Ankh-Amon.

Decorated with scenes of people, places and objects from the two domains of which he was viceroy, his tomb preserved to this very day a depiction in vivid colors of a rocketship: its shaft is contained in an underground silo, its upper stage with the command module is above ground.

The depiction of the rocket ship (see image above) is very similar to an enigmatic object that can viewed on two stone tablets from Tula in Mexico.

The ruler of the Mayan city of Palenque, K’inich Janaab’ Pakal had an astonishing engraving on the lid of his sarcophagus. Surrounded by cosmological signs, he is seated in what appears to be a spaceship, operating controls with both his hands and feet. 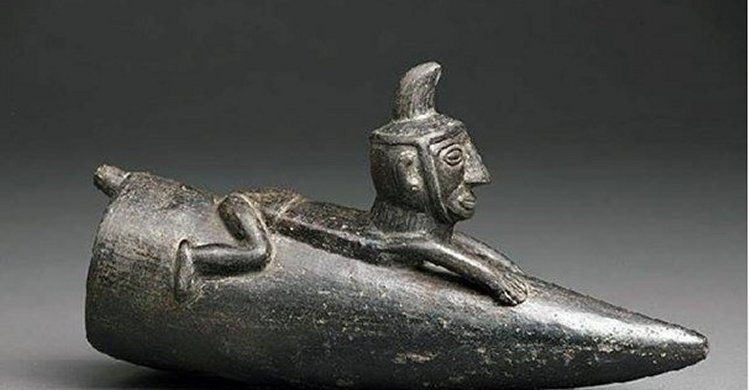 This being is riding some sort of craft. Is it a rocket? The artifact is from Peru and kept at Museo Nacional de Arqueología, Antropología e Historia del Perú.

The artifact was found during excavations in Toprakkale, known in ancient times as uspa. Around 2,500 years ago, it was part of the Urartu Kingdom, better known as the biblical Kingdom of Ararat.

These two objects are part of a painting called “The Crucifixion,” that was created in 1350. They are located above the altar at the Visoki Decani Monestary in Kosovo.

This being is riding some sort of craft. Is it a rocket? The artifact is from Peru and kept at Museo Nacional de Arqueología, Antropología e Historia del Perú.
Found in a tomb in Saqqara, Egypt in 1898, the Saqqara bird is a bird-shaped artifact dated to approximately 200 BCE. It looks very much like modern-day aircraft like the delta wing aircraft or space shuttle.

It even contains wings, a fuselage, and a tail. This six-inch artifact is made of wood or even gold. It is also aerodynamic in a sense that it can glide in the air, leading some archaeologists to make the claim that the ancient Egyptians developed the first aircraft.

“It’s interesting because on one hand, clearly it should look like a bird, because it has eyes and the tubical nose of a bird. On the other hand, the wings are clearly not bird wings.”

This is a being wearing a helmet sitting inside an unknown object, possibly a flying machine. The artifact is kept at the Museum of Belize City.

By studying the ancient Sanskrit texts with great attention to detail, we can rediscover prehistoric aviation activities of the Indian gods. These are remarkable and very valuable stories.

There are many more artifacts depicting spaceships of the gods. The evidence is available to all of us who are open-minded and can accept the fact that we were created by an ancient extraterretrial civilization.