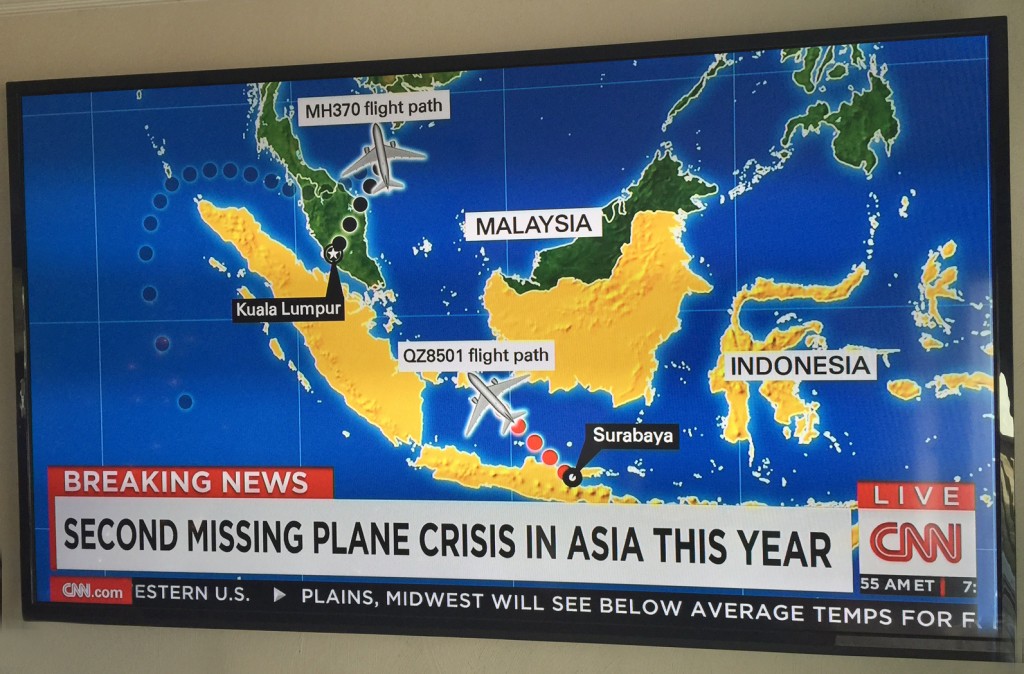 AirAsia flight QZ8501 flight  path is described in this image:- 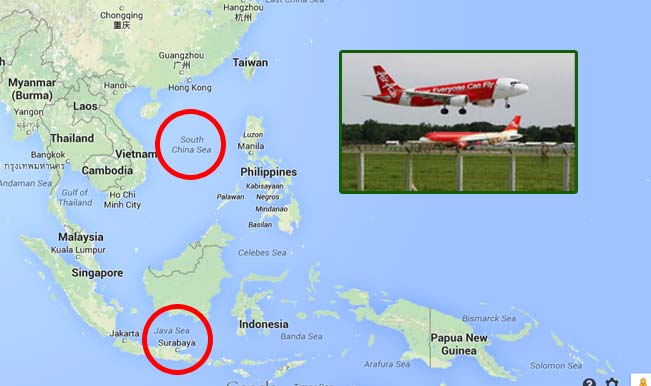 With AirAsia flight QZ8501 goes missing, the year 2014 can be considered the worst year for Airline industry, especially for Malaysian Airlines. Earlier this year, the world was stunned when the Malaysia Airlines Flight MH370 disappeared on March 8 2014, taking 239 passengers with it. Until now, the world has no clue about it. The search still continues for MH370. A few months after the disappearance of Flight MH370, another Malaysia Airline aircraft, the Boeing 777—Flight 17, was shot down over Ukraine on July 17, 2014. All 283 passengers and 15 crew members on board were killed.

As the year draws to a close, another tragedy happened and AirAsia flight QZ8501 went missing with 155 passengers and seven crew members on board. The missing of flight QZ8501 is the second incident of the year in which Malaysian airline is involved. 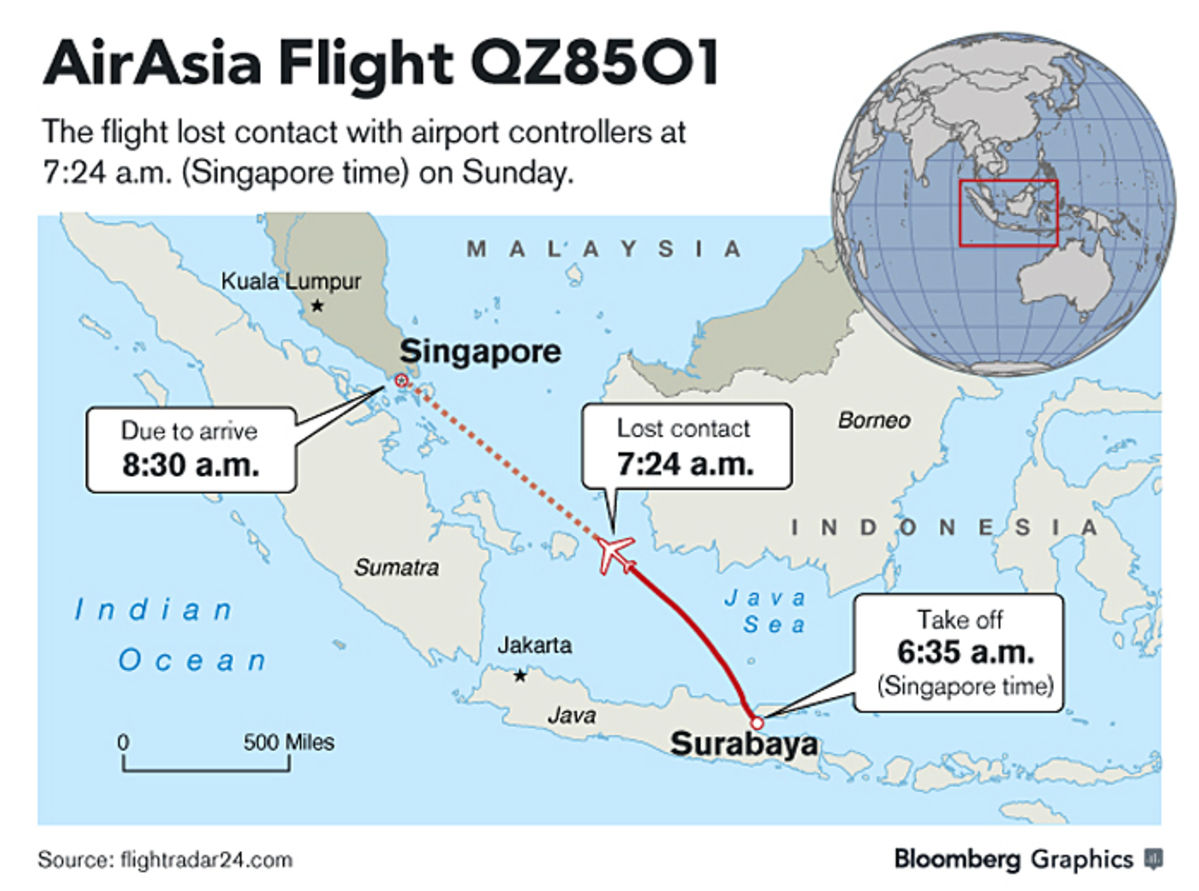 Soon after the flight MH370 went missing, many theories were put forward behind the disappearance of the flight including the Bermuda triangle factor. The Bermuda Triangle in the western part of the North Atlantic Ocean has been a mystery for the world. Several aircraft and ships are said to have disappeared under mysterious circumstances flying over Bermuda Triangle.