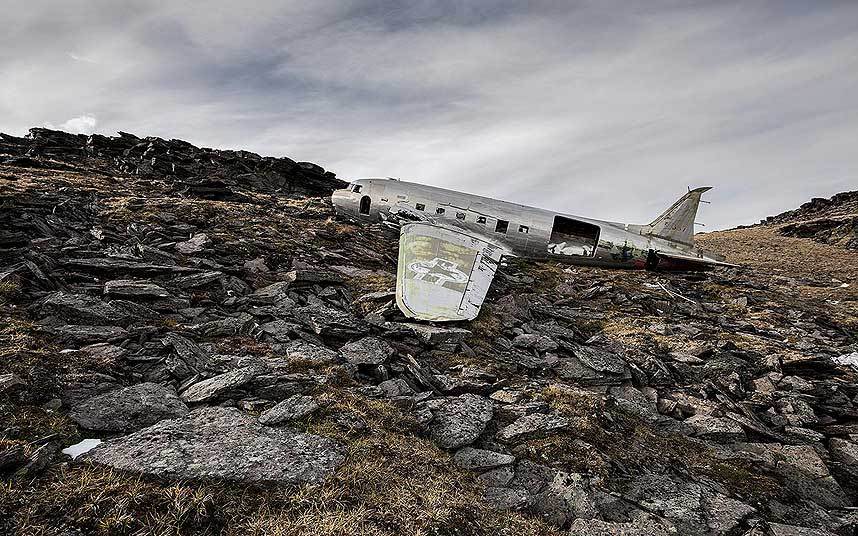 The snowy mountains of western Canada near Haines Junction, Yukon – February 7th 1950. A US Air Force Douglas C47D flies dangerously close to the ground flying low through the valleys at breakneck speed. The pilot Donald King and his nine-man crew are looking for a missing plane which has disappeared in the harsh terrain of Canada’s frozen north 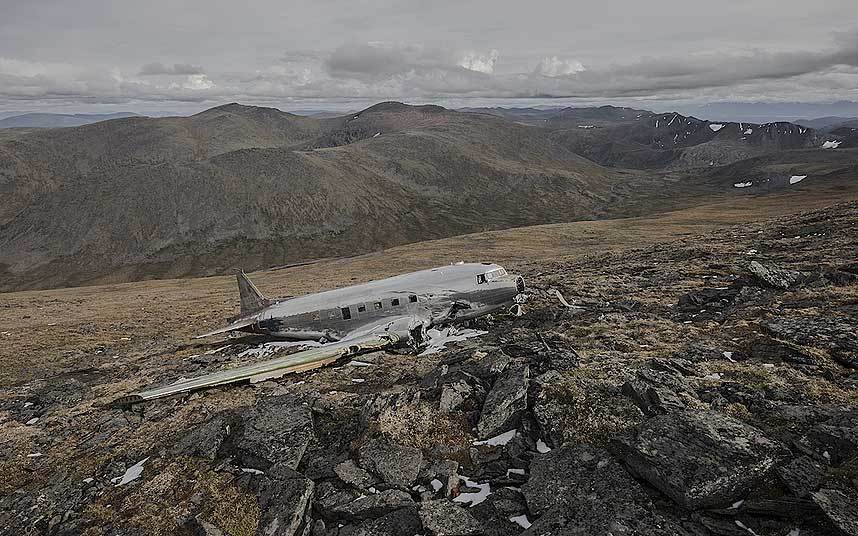 Suddenly there’s an unexpected downdraft and the C47D is pushed down. King tries to pull up, but it’s no good. The plane crashes on the snow-covered rocks

As the C47D finally comes to a halt, King can hardly believe it. A huge snowfall has slowed the force of the crash landing and no one is hurt 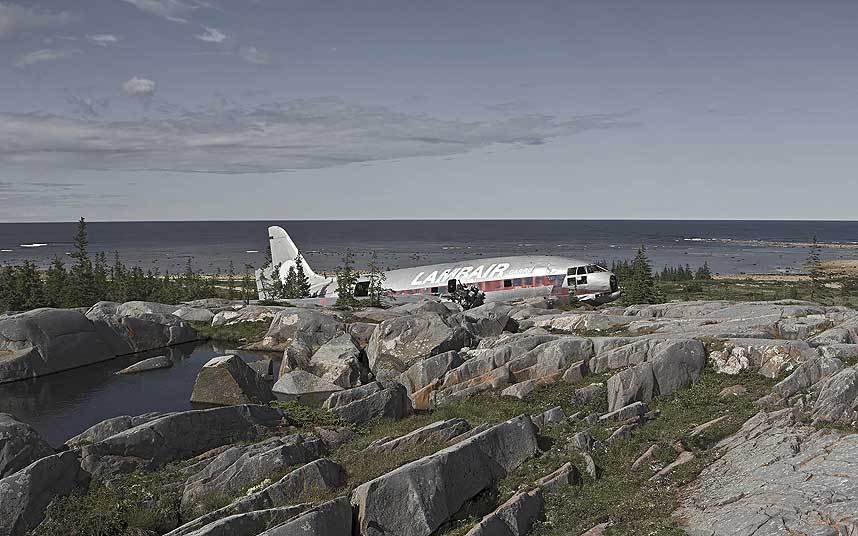 Here lies a Curtis C-46 Commando also abandoned in Canada, but this one in Manitoba. It is one of more than the 15 aeroplanes which miraculously ended up on the ground after a heroic emergency landing.

Happy End, by German photographer Dietmar Eckell is a photo-book about miracles in aviation history. Eckell travelled for three years to four continents on the hunt for 15 downed aircraft in total. In deserts, swamps and jungles he discovered the charm of decaying machinery. Morbid? Not at all. Because happily all of these forced landings ended with all on board surviving and being rescued from their remote crash sites …