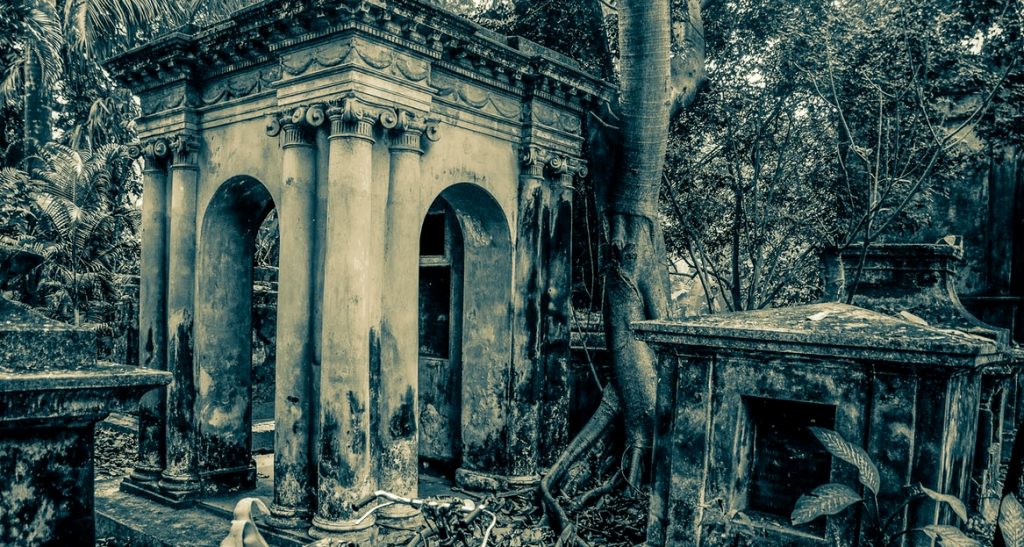 Spooky stories about well known public places sell like hot cakes! If you don’t believe us, then read on the list about some haunted places in Kolkata —

On the Ganges, under the Howrah Bridge

Well, you don’t have to jump straight into the Ganges to know about this. According to the wrestlers, who daily practice at the Mullick Ghat and Zanana Bathing Ghat, in the wee hours of the morning, you’d be able to see hands flailing in the water. According to them, those are the spirits of people who gave up their lives, accidentally or by committing suicide, by jumping into the Ganges. Sometimes, it’s difficult to understand whether it’s a “real” person struggling for breadth or is the workings of some spirit! 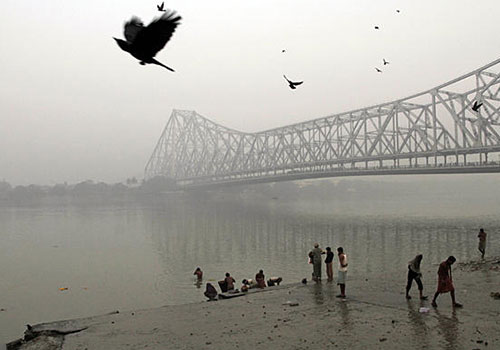 Located in Central Kolkata, Nimtala Burning Ghat is one of the oldest in Kolkata, and is believed to be one of the most haunted places around. You can see paranormal sightings here on the night of Kali Puja when the “Shamshaan” Kali is evoked by all in the dark hours of the night. According to a local, on the nights, the “Aghoris” come (their names shouldn’t be said out loud, according to the locals) and they feed on the leftover flesh from the burning pyre and use them to evoke occult powers.

A black dog bared its fangs and growled at us as we entered Nimtala Ghat. The smell of burning flesh is known to make canines aggressive so we stepped aside and walked towards where the last rites are usually performed. Today was Bhoothnath Monday so the otherwise-dark ghat was lit up brightly, which was a relief. We called a known local aside and asked him to tell us about any unearthly sightings. “Come on the night of the dark goddess (Kali Puja),” he said, “The Aghoris will be here.”

“The who?” asked one of the three French girls from the tour.

“The A-G-H-O-R-I-S,” said our man, spelling it out because these are words best not said aloud. “They consume the leftover flesh of burning bodies and use them for occult powers.”

Putulbari or the House of Dolls

If the name is so spooky, just imagine how creepy the place is going to be. Located at Ahiritola just opposite the vast Ganges, this huge building with dolls of archaic, Roman designs adorning the terrace is sure to send a thrilling chill through anyone’s spine just by a look of it. Although this building is still inhabited by some people, no one dares to live in the upper stories of the building, especially post-dusk. And, if you’re daring enough to venture into this haunted place, you’re sure to feel creepy presence of the unseen everywhere while you’re inside the palatial structure. Apparently, this place was originally inhabited by wealthy zamindars who would sexually exploit women in here—and, it is their souls which hover around this place. 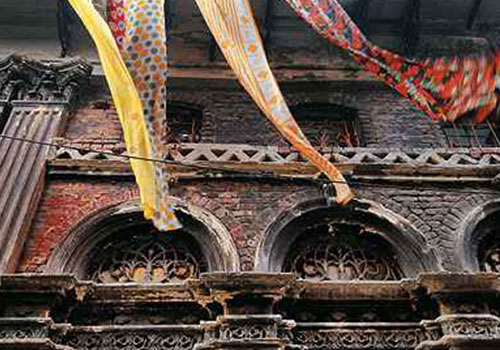 While the South Park Street Cemetery is considered as one of the haunted places around, the nearby Lower Circular Road Cemetery, however, surpasses it. In that cemetery, there’s the grave of Sir W.H. Mac Naghten whose body was ripped apart in Afghanistan. Later, his wife had assembled the remaining pieces of his body, brought to Calcutta and buried here in this cemetery. Apparently, if someone narrates this incident near his grave, then huge tree above his grave shivers. 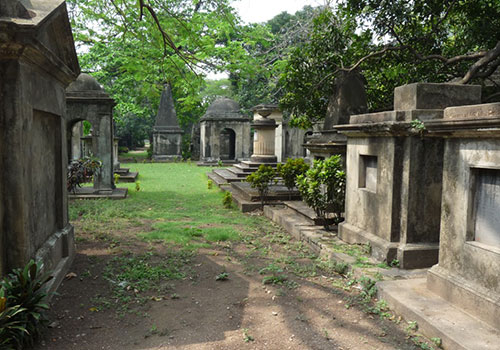 Jumping at the tracks of Metro railways which carries 4000 volts of current seems to be the Suicide paradise of Kolkata—it’s been en vogue since the inception of the Metro in Kolkata. However, around 70% of the total suicides have been committed at the Rabindra Sarobar Metro Station. According to the drivers of the trains as well as the daily passengers who get off at the station from the last train at 10.30PM, you’d be able to spot, at the same time each day, eerie unclear figures vanishing into the tracks within fractions of seconds. Well, if you’re in Kolkata and in mood of some adventure, try this out! 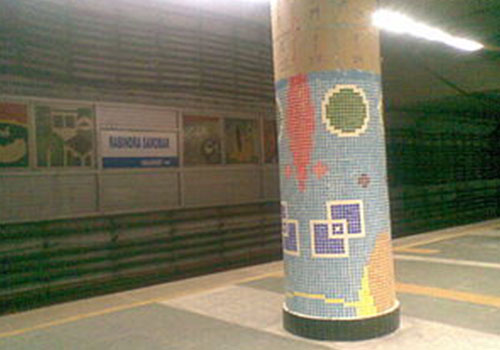 Well, there’s a story about some George Williams, a race maniac, whose only love in the whole world was his pearl white horse, Pride. She was the then chain winner of races who’d win wealth, fame and name for her master. However, this “Queen of Tracks”, like other living creatures, started slowing down with age, and one fine morning, after losing the Annual Calcutta Derby the earlier day, she was found dead on the tracks. Well, that’s not the end of the story, even now, on moonlit Saturday nights, if you pass the race course and if you’re looking around, you’d invariably spot a charming white horse galloping across the race course. The locals call her, even now, William Saheb ka sada ghora. 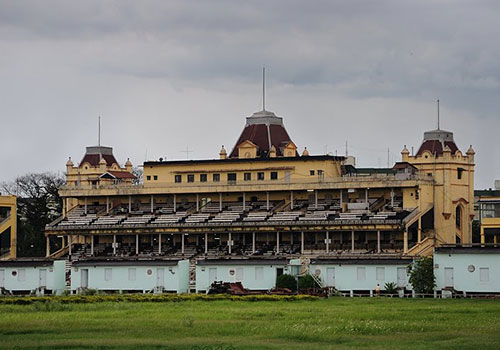 The Main Building of the National Library, which earlier used to be the resident of the Governor Generals of India, is regarded as the #1 among all haunted places in Kolkata. According to the locals, Lady Metcalfe was stickler for cleanliness and hated if someone kept anything out of its own place. Even now, if you visit the library’s main reading room, and keep yourself busy amidst a pile of books scattered over, then you’d feel her breath down your neck. Well, don’t ignore this; it’s a tried-and-tested truth. 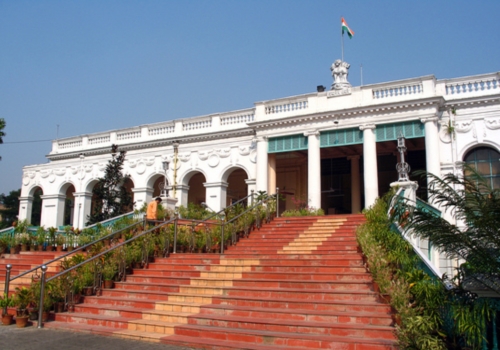